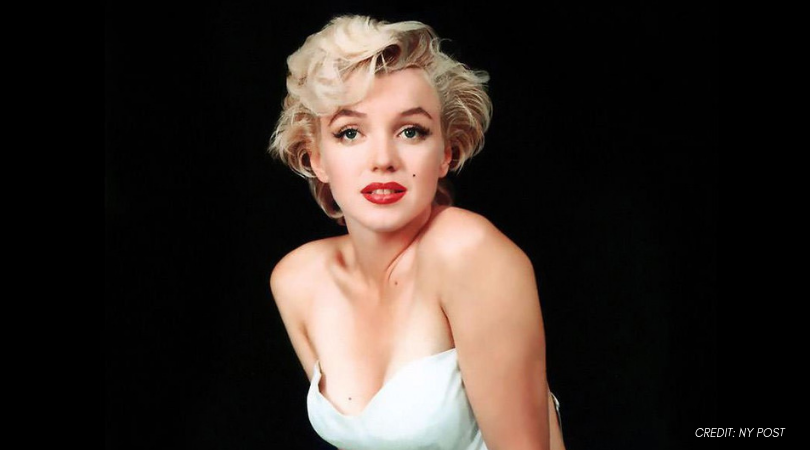 Famous for playing comic “blonde bombshell”, Marilyn Monroe was the most popular sex symbols of the 1950s. Recognized as one of the most iconic actresses of all time, she is now considered as timeless figures and loved for her fashion and elegance.

Even though she was famous for singing the song, “Diamonds Are a Girl’s Best Friend”, she actually didn’t like diamonds much. Marilyn Monroe is a perfect example of personal branding as her public image is still sensational. The actress witnessed issues with stuttering when was a teenager, especially when excited or nervous.

Married at a young age of 16, Monroe had experienced all slices of life. Marilyn Monroe had 2 plastic surgeries, confirming that the medical notes and X-rays were recently sold at auction for around €21,000. In 1949, Monroe was paid the little amount of $50 for a nude photoshoot. Later, Hugh Hefner bought the photographs for just $500 and several of them also appeared in the very first edition of Playboy magazine in 1953.

Often rejected as a ‘dumb blonde’, Marilyn was actually quite an intellectual. She always enjoyed being in the company of intellectuals and liked conversing on various topics. Also, Monroe had a book collection with over 400 volumes; some of them were first editions.

On August 5, 1962, Marilyn Monroe was found dead in her home in Los Angeles. She was found lying nude on her bed, face down, with a telephone in one hand. Marilyn Monroe had been controversial, famous as ‘dumb blonde’, stereotyped and not given the best of the respect, but still, she roared and ruled like she’s the queen. The actress is still an inspiration for all of us. There are so many things to learn from her personal branding of herself.