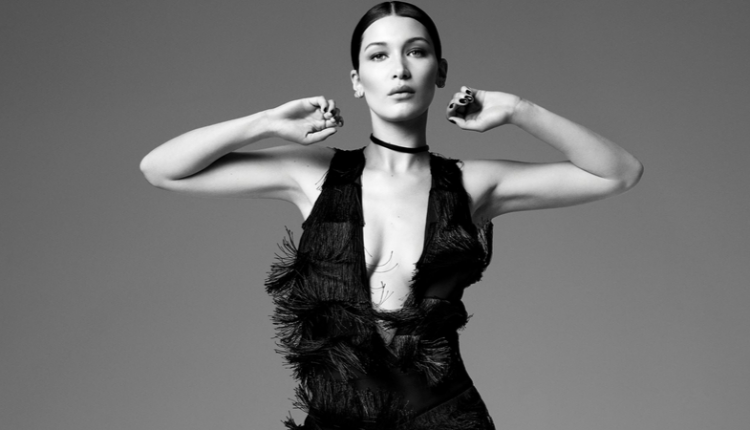 Hadid began modeling with a Flynn Skye commercial project at the age of 16. Hadid has also starred in the “Swan Sittings” by Lesa Amoore, alongside actor Ben Barnes, and “Smoking Hot” by Holly Copeland, modelled for Hanna Hayes F/W 2013 collection, various other commercial projects, and had done campaign work for Chrome Hearts in summer 2013 and 2014.

Hadid, who made her New York Fashion Week debut in the fall of 2014, walking for Desigual, is the best personal branding example in the field of fashions and modeling. Hadid has walked for many brands, which includes Tom Ford in Los Angeles, Diane von Fürstenberg, Tommy Hilfiger, Jeremy Scott, Marc Jacobs, Topshop Unique and Giles, Philipp Plein, Moschino, Missoni, and Bottega Veneta, Balmain, Chanel and so on so forth.

In December 2014, Hadid made her first cover appearance on Jalouse Magazine and was featured on Day 27 of Love Magazine’s Love Advent that same year. The 22-year-old has also appeared on the cover of Seventeen and has shot editorials for magazines, including Vogue Australia, Elle, Unconditional Magazine, Grey Magazine, Evening Standard, Teen Vogue, Twin Magazine F/W Issue, etc.

The model was one of eight young models to land Topshop’s Holiday campaign and appeared in Balmain’s Fall 2015 ad campaign.

Brand Secret Ingredient: Energetic dancing, spot-on lip-syncing and impersonations skills. With all this, she deserves to be such a success in the industry!