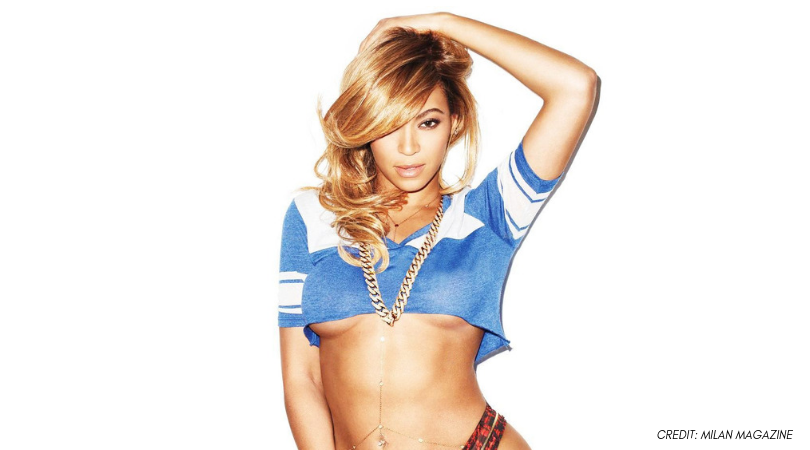 Beyoncé is indisputably one of the most famous women in the world. She has developed herself as one of the most pioneering and fascinating personalities of the 21st century.

Beyoncé visited an astounding 97 venues on her first tour that grossed over $24million. The ace performer revealed her pregnancy onstage while performing her song “Love on Top” during the 2011 MTV Video Music Awards. At 37, her stardom is admirable as she is a chart-topping pop diva, a noted actress, a great performer, a proud mother and philanthropist.

Beyoncé has always been quite serious in her relationships. It has been allegedly said that she talked with Jay Z over the phone before they went on their first date. Born on September 4, 1981, her singing talent was discovered at the age of 8 in a dance class when her teacher was singing the song, and she finished it completing it.

The over-the-top beauty of Beyonce is unmatched, she walks on stage in five-inch stilettos, and she is the ultimate sex symbol. Whether you love her or hate her, you can’t deny that Beyoncé is a master in personal branding. She stuck exactly to her brand throughout her career and built it into one of the most dependable and trustworthy personas in the music industry.

She grew her personal brand identity from sex symbol to feminist. She could have lost her credibility and the support of her loyal fan base. But it appears like she understood what she was doing. She rebranded at least five times, and her fans loved it. It was an essential part of Beyoncé’s branding strategy, and her fan base grew more prominent because of it.

Beyoncé loves her fans unconditionally and takes every opportunity to thank them for the love they shower on her. One must learn from Beyoncé how to handle personal brand.