Who is the stronger personal brand Nia Sharma or Divya Agrawal? 59.7% of People Think… 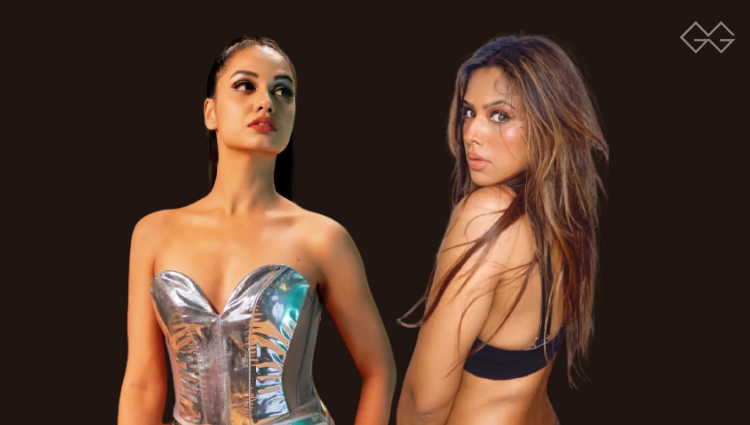 With Nia Sharma’s entry as a wild card contestant on BIGG BOSS OTT, the craziest show of all time has finally taken a U-turn. The Naagin 4 actress seems to be inspired by Divya Agarwal’s game as she praises Divya Agarwal’s talent and says she’d like to connect with her.

This year’s Bigg Boss, hosted by Karan Johar, has made a significant impression for a variety of reasons. The show aired on VOOT as an OTT special, for starters, and it got off to a hot start.

Nia Sharma, who made her acting debut with “Ek Hazaaron Mein Meri Behna Hai,” recently revealed in an interview that she had been unemployed for nearly a year following her maiden project in 2013. She even claimed that she didn’t have any money or pals during that time.

Even today, she doesn’t have a specific project; however, she manages to find employment in the form of music videos, brand partnerships, and other projects, which was not the option in 2013. She was all alone in Mumbai, and she kept to herself because she didn’t have any friends.

As we all know, both Nia Sharma and Divya Agarwal turned out to be trending contestants of this year Bigg Boss, so I decided to run Twitter #PersonalBrandPoll to understand who a stronger personal brand?

According to personal brand poll results, 59.7% of respondents think Nia Sharma is a stronger personal brand. On the other hand, I think Divya Agarwal getting a 40.3% vote is not bad because she has managed to impress a large audience.

Undoubtedly it looks clear, Bigg Boss is turning out to be a great opportunity for Divya to position her personal brand strongly and correctly.