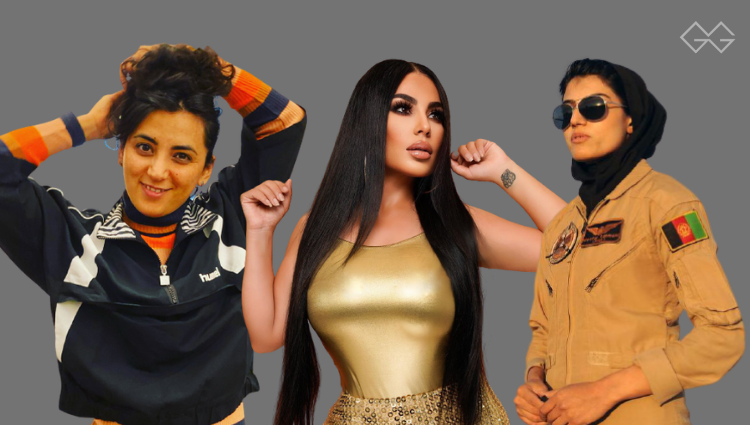 We are all aware of Afghanistan’s current circumstances, and in the midst of the chaos, few others are standing steadfast and speaking out against the Taliban’s activities.

I’ve compiled a list of the three most potent Afghani personal brands. You’ll be astonished to learn that they’re all women.

At #1, we have Aryana Sayeed, the Afghan pop star who led the country after the Taliban gained control, recently took to Instagram to plead with the United States to recognize the hardship of Afghans in the country. She also asked the US government to stop assisting Pakistan, which she claims is producing ISIS and Taliban militants.

Aryana also showed a series of photographs of Afghan citizens and discussed the displaced Afghani inhabitants who have nowhere to go and are without food or shelter. She also requested that the US impose sanctions on Pakistan and stop sponsoring them.

Niloofar Rahmani, the Afghan air force’s first female pilot and the second on the list raising her voice against the Taliban’s activities in Afghanistan. She has issued a warning regarding the Taliban’s recent pledges about women’s safety in the nation.

Rahmani says the Taliban will “harm women the most.” And she is suspicious about their ability to keep their commitments. The 29-year-old even claimed that the Taliban has threatened and targeted her family and parents because they have supported her throughout her career.

Khalida Popal, a former Afghanistan women’s team captain, has also spoken out against the Taliban. Popal and her former international teammates and coaching staff have called on the athletic community to join them in “becoming a voice for the silent women of Afghanistan” following the Taliban’s takeover of power last Sunday.

Undoubtedly, the situation in Afghanistan is the worst. We don’t know how things will turn out for these heroic ladies who are standing up for their rights and the rights of their fellow citizens right now. However, I applaud them for their courage and bravery.

Who is the stronger personal brand Nia Sharma or Divya Agrawal? 59.7% of People Think…