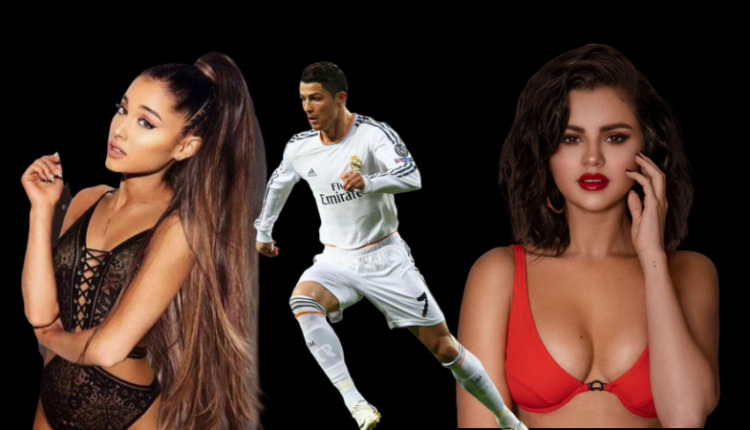 No. 5 Selena Gomez
Last but not least, at number fifth we have the actress and singer-songwriter, Selena Gomez. She makes a little less than $900,000 for every sponsored Instagram post. She is the founder of ‘Rare Beauty’, a makeup brand and is famously known as “America’s Sweetheart.”
Of course, all these people possess extraordinary skillsets, but more than that they know how to brand themselves in the right way and achieve goals.

No.3 Cristiano Ronaldo
The-35-years-old soccer player, Cristiano Ronaldo makes $975,000 for each sponsored Instagram post and is very popular amongst soccer fans and otherwise also. He is one of the most-followed media personalities across all social media platform. He has 206 million followers on his Instagram.

No.2 Ariana Grande
The Popstar, Ariana Grande stood at number two position in the list. The-26-years-old star is a renowned personal brand who is known for her girly style and feminist song lyrics. Grande is the third most-followed personality on Instagram. She has been awarded with many awards, including, a Brit Award, a Grammy Award, two Billboard Music Awards, three American Music Awards and eight Guinness World Record awards.

No.1 Kylie Jenner
The-22-year-old celebrity influencer, who made her name on E! News’ is at number one in the list. The celebrity has marvelously used social media to become one of the most preferred personal brand. She began her own makeup business at age 19. Jenner has more than 164 million followers and she earns $1 million per sponsored Instagram post.

The power of personal branding can’t be ignored at all. And if you ignore, no matter how skilled you are you end up being mediocre only!