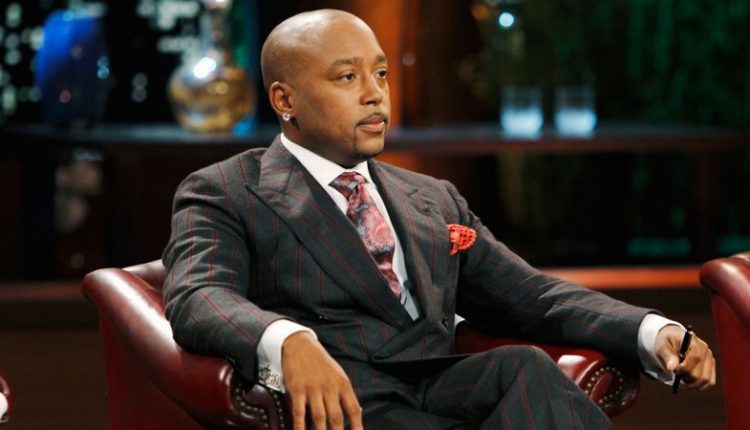 Daymond Garfield John, was born February 23, 1969, in Brooklyn, New York City. He is an American businessman, investor, television personality, author, and motivational speaker. He is the founder, president, and CEO of FUBU, and appears as an investor on the ABC reality television series Shark Tank. Based in New York City, John is the CEO and the founder of The Shark Group.

John began working at the age of 10, when his parents divorced; one early job entailed handing out flyers for $2 an hour. In high school, he participated in a program that allowed him to work a full-time job and attend school on an alternating weekly basis, which he credits with instilling an entrepreneurial spirit. After graduating high school, he started a commuter van service and waited tables at Red Lobster.

John started FUBU in his mother’s house in Hollis, Queens. His mother taught him how to sew and supported him by allowing her house to be taken over to grow the business. John noticed that wool hats with their tops tied off with fishing line were popular and were sold for $20, which he considered overpriced. He went home and sewed around such 90 hats with his next-door neighbour, which they sold for $10 each and made $800 in a single day.  After the hats, they began selling screen-printed T-shirts. To make ends meet, John held a full-time job at Red Lobster, working on the FUBU business in between shifts.

When people hear my story about how I started FUBU from the ground up with little to no money or education and only figured out how to run a successful business by enduring several failures, this gives them proof that they can do it too. Over 65% of the world's wealthiest people or corporations are self-made, which means they also started out broke and worked their way to success, so do not use lack of money as an excuse. I continuously share my story with all of you in the hopes that it will spark the fire within that will push you to finally begin your entrepreneurial journey. All you have to do is take that first step, so why not today? Make today a day to look back on where you can say, "I finally took on the entire world." – Good luck and happy #WorldEntrepreneursDay to all my fellow entrepreneurs!

FUBU has earned over $6 billion in global sales. And is featured at the Smithsonian’s National Museum of African-American History and Culture.

In 2009, John received a call from Mark Burnett asking him to join the cast of ABC’s new reality business show Shark Tank, which gives entrepreneurs the opportunity to pitch their businesses to investors, or “Sharks” in the hopes of receiving an investment. The show has successfully completed its 9 seasons and is now in its 10th season. John has invested $8,567,000 of his own money in Shark Tank companies as of May 12, 2017.

Brand Secret Ingredient: Daymond has a brilliant ability to see things ahead of the trend and take action on his positive visions. Daymond John is a fabulous example of how a faith in an idea, combined with a determined drive to make things happen can make you head-turning personal brand.