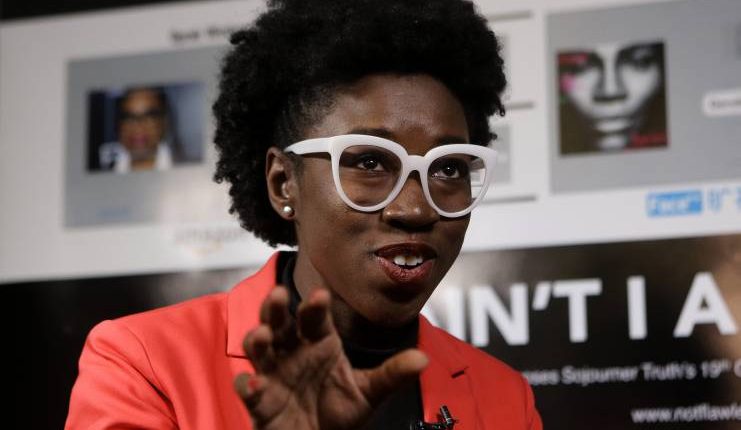 Joy Adowaa Buolamwini, a Ghanaian-American computer scientist and digital activist. She has founded Algorithmic Justice League, an organization, which fights the coded gaze – harmful bias in artificial intelligence. Buolamwini holds two master’s degrees one from Oxford University and one from MIT.

Buolamwini uses art and research to illumine the social implications of artificial intelligence. She founded the Algorithmic Justice League to challenge bias in decision making software. She is a researcher at the MIT Media Lab. She is a renowned speaker, her TED Talk on algorithmic bias has over 1 million views. Plus, her research on Gender Shades have been covered in more than 37 countries. She was also invited to write an op-ed for the New York Times on the ‘dangers of facial analysis technology.’

In 2017, Buolamwini was awarded the Grand Prize of a national contest for her impact journey video essay. With the help of Ford Foundation she created “AI, Ain’t I A Woman?” the first-of-its-kind spoken word visual poem, which focuses on failures of AI on iconic women including Serena Williams, Oprah Winfrey, and Michelle Obama.

She was also featured on Amy Poehler’s Smart Girls the same year.

Social Media Lessons You Can Learn from Kylie Jenner